dbForge Source Control helps to undo the database changes made in object and/or static data that were made in the database linked to the remote repository but have not been committed yet.

To start working with Source Control Manager, first, you need to link a database to the version control repository. To do that, follow the steps in the how-to topics depending on the source control or version control systems you use:

The linked database gets the following icon in Object Explorer: 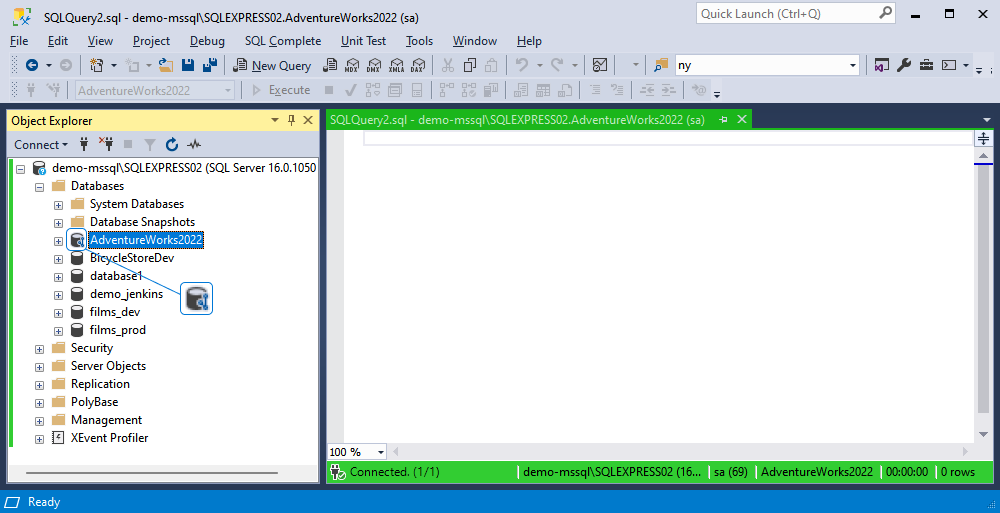 The Refresh progress window opens automatically, showing the stages of the refresh operation. 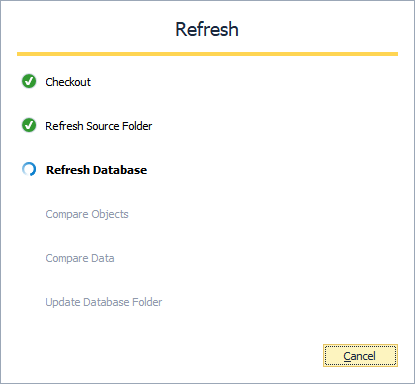 After the refresh operation is complete, Source Control Manager opens displaying all the changes in the following sections:

It should be noted that Source Control Manager can display either all three sections or two of them or just one section.

If the database and version control repository are identical and no changes are found, the following window is displayed: 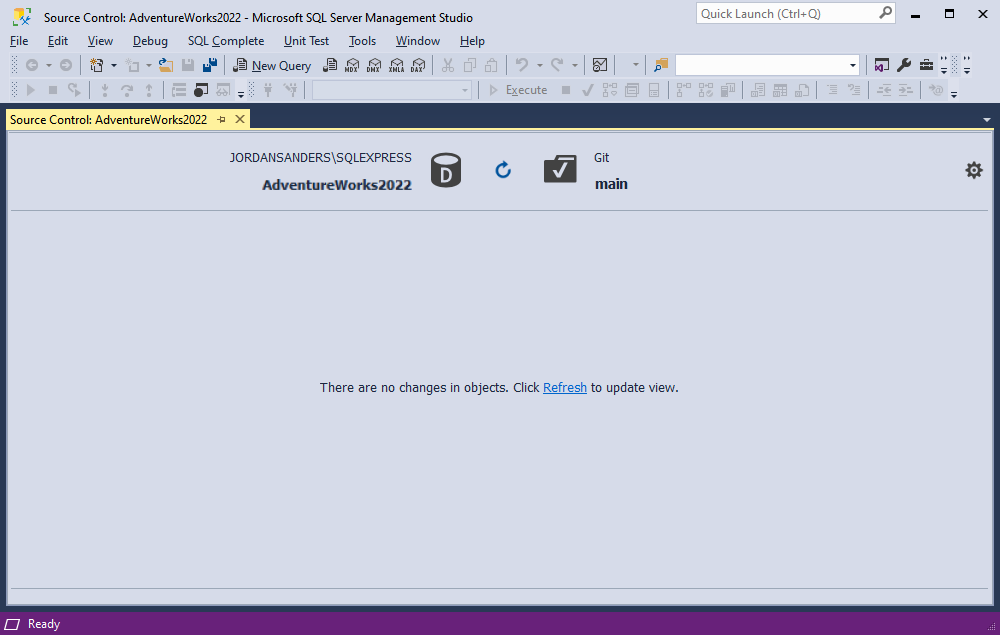 In the Local changes section, select the checkboxes next to the objects and/or static data that you want to undo and then click Undo.

If you select the checkbox next to Local changes, all changes will be selected. 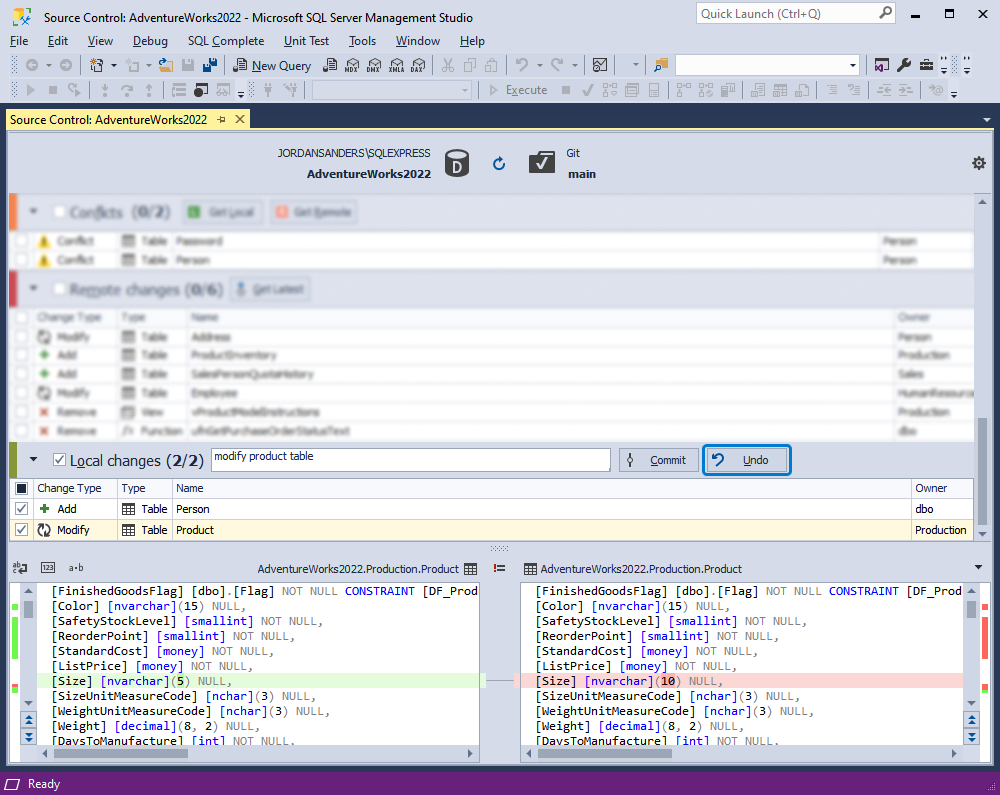 As you can see in the screenshot above, the Source Control grid contains the following columns:

If you select not all objects in the Local Changes section but only one that depends on other objects or changes, then after clicking Undo, you will see the following window with the suggestion to include all affected objects:

This case may occur when you add, for example, two new database objects such as a table and a view, which select data from this new table. So, when you choose to deploy remote changes made only to the new view, you will be suggested to deploy the table associated with this view. In addition, you can exclude any related object from the deployment. 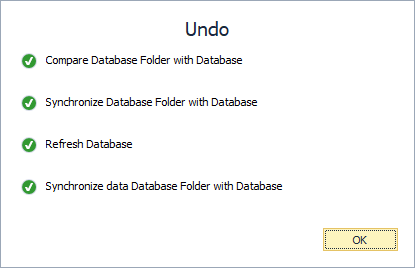 The Undo operation executes the deployment script generated by dbForge Source Control against the linked database to the remote repository. The script includes the CREATE, ALTER, and/or DROP statements based on the database objects selected in Source Control Manager as well as INSERT, UPDATE, and/or DELETE statements for the static data changes and on the statuses (Remove, Modify, Add) that the objects had.

So, local changes made in a database and have not been committed yet to a version control repository have successfully been undone to the database with the help of dbForge Source Control.