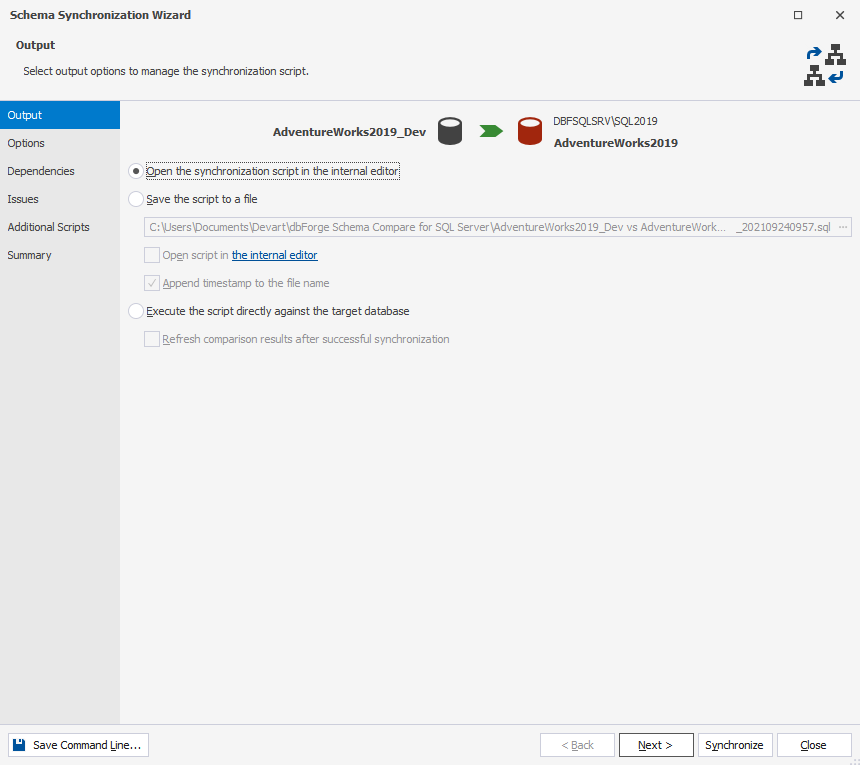 The possible steps in the wizard are as follows:

If this option is selected, the script for database synchronization will be opened in the internal editor of the Schema Compare tool. You will be able to execute it by clicking the Execute button on the toolbar menu. 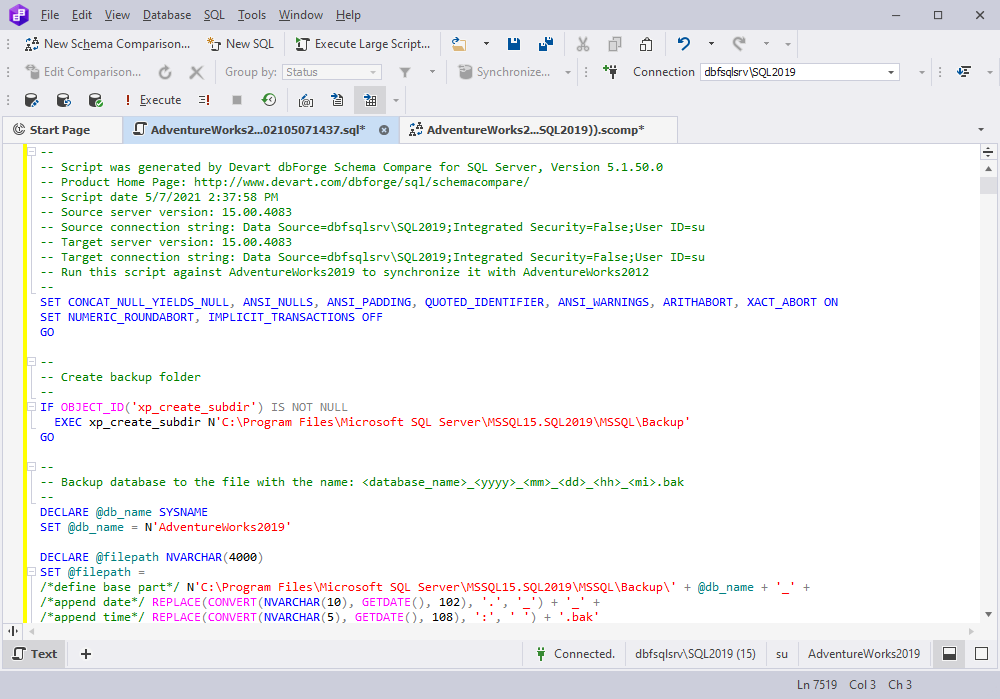 Select this option, if you want to execute the script without reviewing it.

Schema Compare can also refresh comparison results after the successful deployment of object changes. If you want the results to be refreshed, select the checkbox next to this option.

If you select a backup as a target, the synchronization wizard creates a script to update the database from which the backup was created. You can not modify backups directly.

If a backup is selected as a source, and a database is a target, the deployment script will deploy the database from the backup. 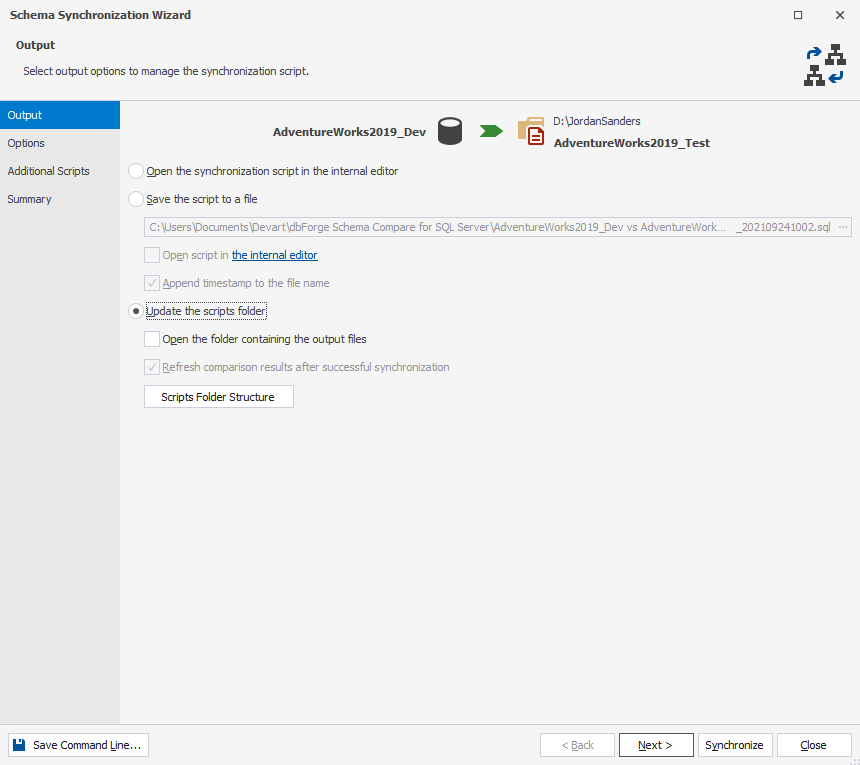 Select this option, if you want to synchronize a database and a script folder directly without reviewing a script.

You can also choose to open the folder containing the output files and refresh comparison results after successful deployment of schema changes. Click to select the checkbox next to these options if you want these actions to be performed.

Clicking the Scripts Folder Structure button allows you to specify a structure for scripts folder and file name templates. This mapping configuration will be used by schema comparison and source control by default. 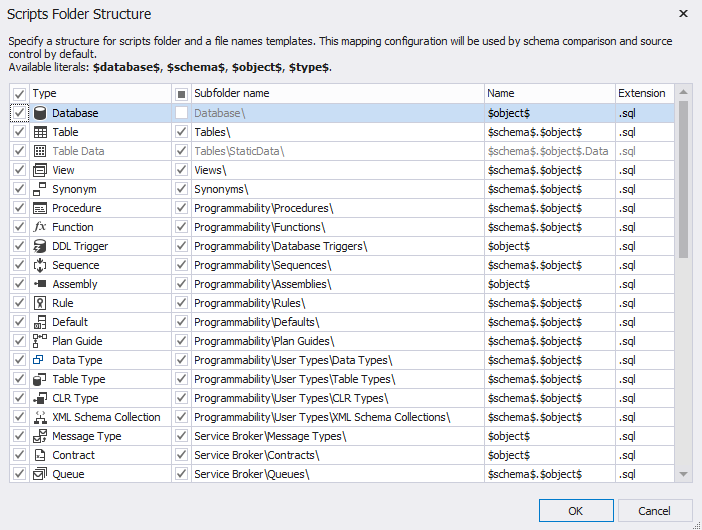 If you select a backup or a snapshot as a target, the option to deploy schema changes using Schema Compare is not available. Instead, Schema Synchronization Wizard creates a script to modify the data source from which the snapshot or backup was created. 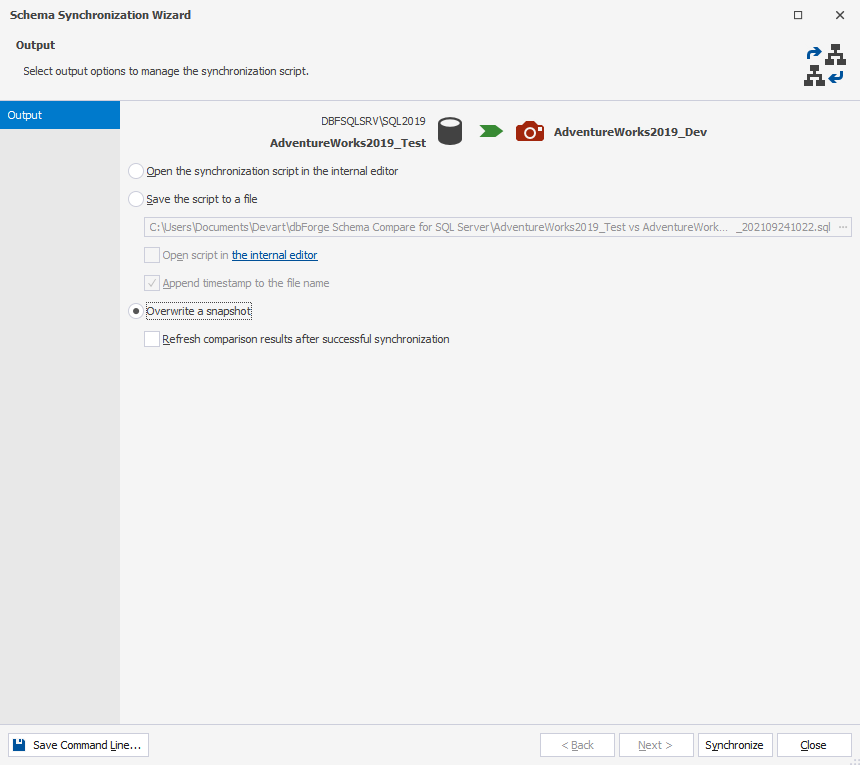 When a snapshot is the source, and a database is the target, the synchronization script will deploy the database from the snapshot.