After you have reviewed the comparison results, you can select the objects you want to synchronize and run the synchronization wizard.

By default, all objects are selected for deployment. 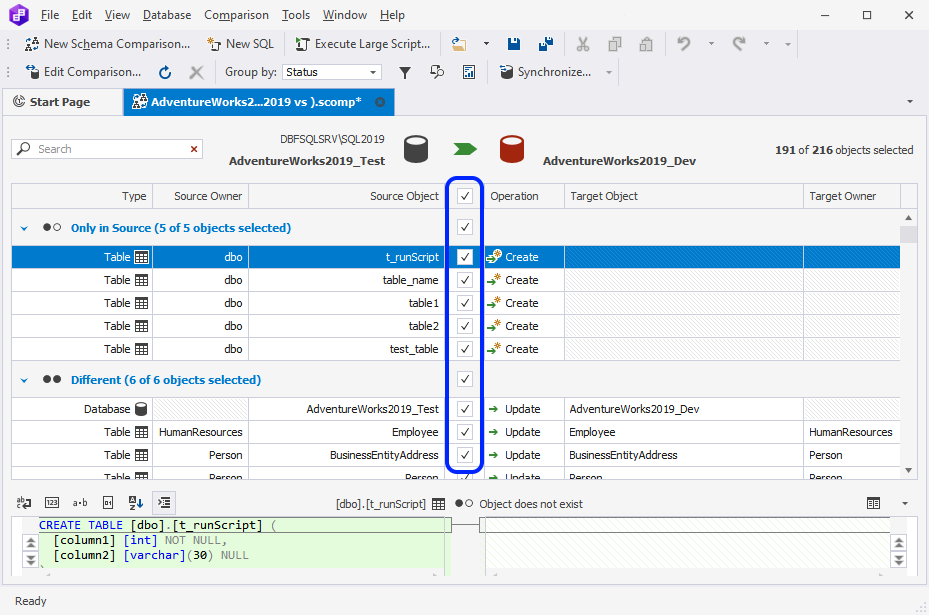 Use the checkboxes to undo the selection of objects for synchronization.

You can also use the Operation drop-down menu to select objects:

Schema Compare automatically sets different statuses for compared objects to help you quickly analyze the differences. The statuses are as follows:

Schema synchronization cannot be rolled back! It may alter or drop schema objects in your Target schema. It is highly recommended to backup the Target database before deploying object changes.

After you have selected objects, you can run the process of synchronization:

1. Click the Synchronize button to open the Schema Synchronization Wizard. 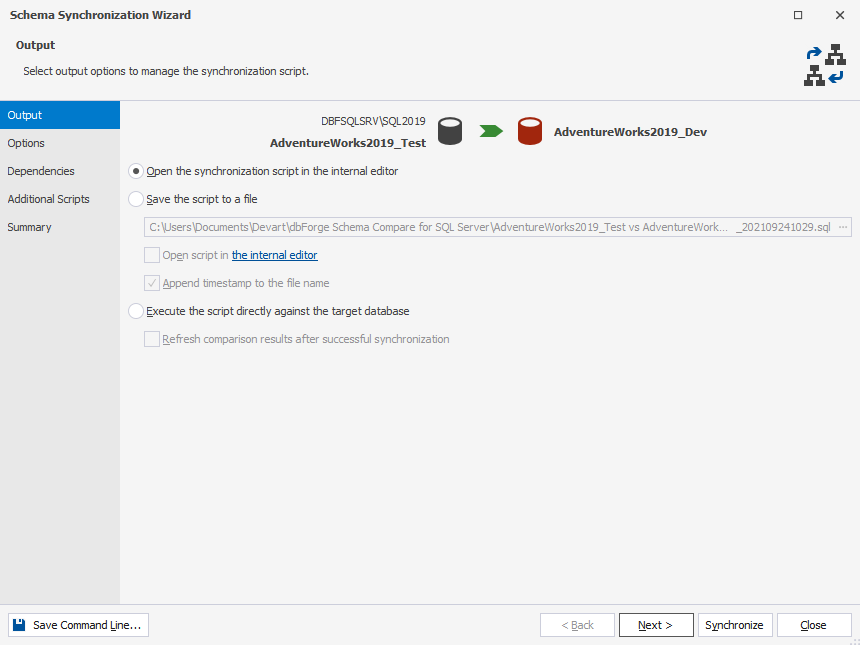 3. Click the Synchronize button to close the wizard and complete the synchronization process.

4. Review the sync script, and then execute it by clicking the Execute button on the SQL toolbar.