To create a new scripts folder via Schema Compare:

1. In the New Schema Comparison wizard, select Scripts folder either as a Source or a Target. 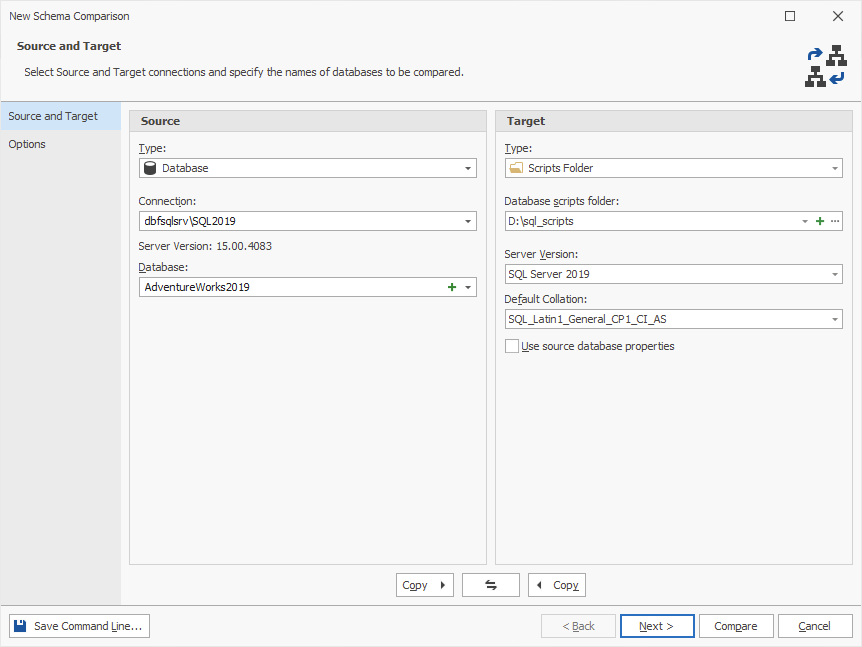 3. In the Create Scripts Folder or Snapshot dialog box that appears, specify a type of the object, you create a scripts folder from, connection, the database name, the output file name, and the folder to save it to. 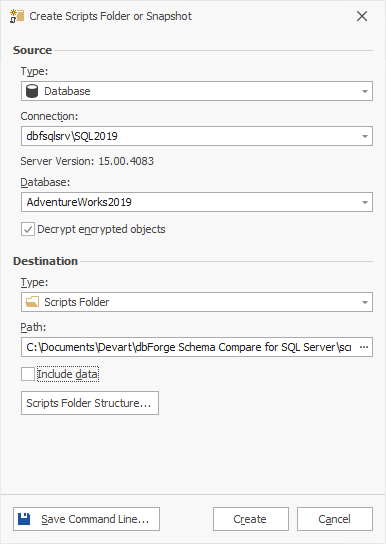 By default, Schema Compare decrypts encrypted objects. If you want to disable this option, click to unselect the checkbox next to this option. Enabling this option may result in slower performance.

When comparing and synchronizing scripts folders either as a target or a source, a synchronization script is created. It can be saved to a file or opened in an internal browser.

When a scripts folder is selected as a source, you can select to execute the synchronization script directly target database.