dbForge Schema Compare for Oracle allows you to compare DDL of the corresponding objects in the compared schemas. 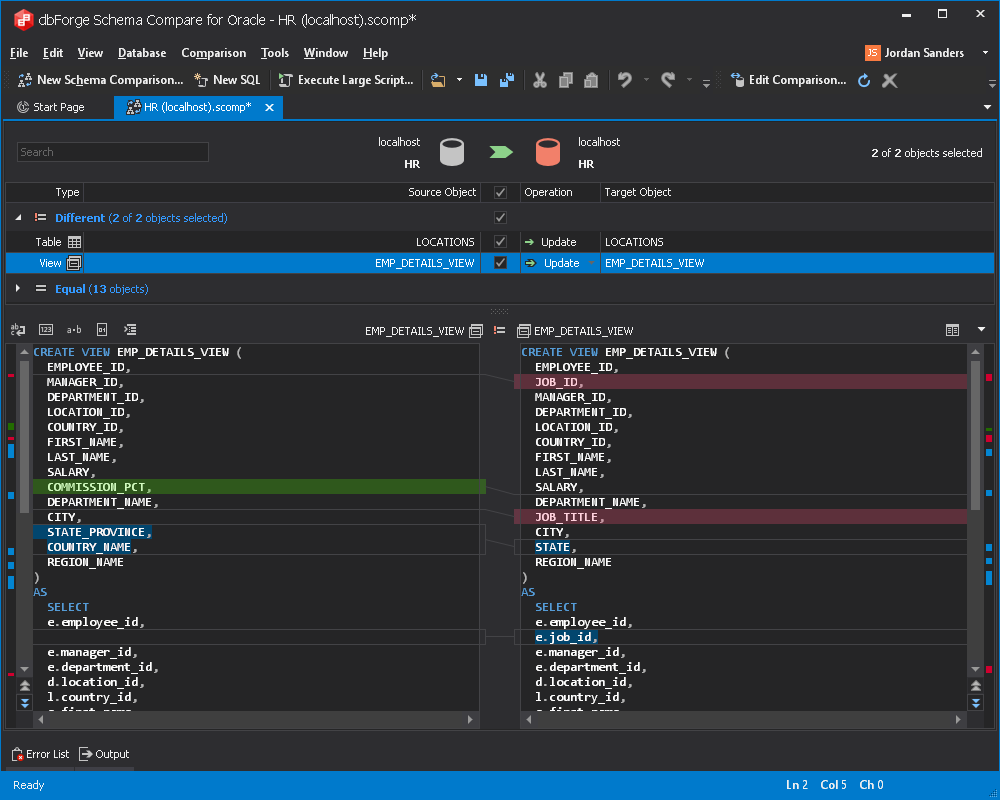