After comparing schemas, the differences are shown in the Schema Comparison document. In the upper part you will see the names of compared databases and their connections. Source schema objects are displayed in the left part and Target schema objects are in the right one. 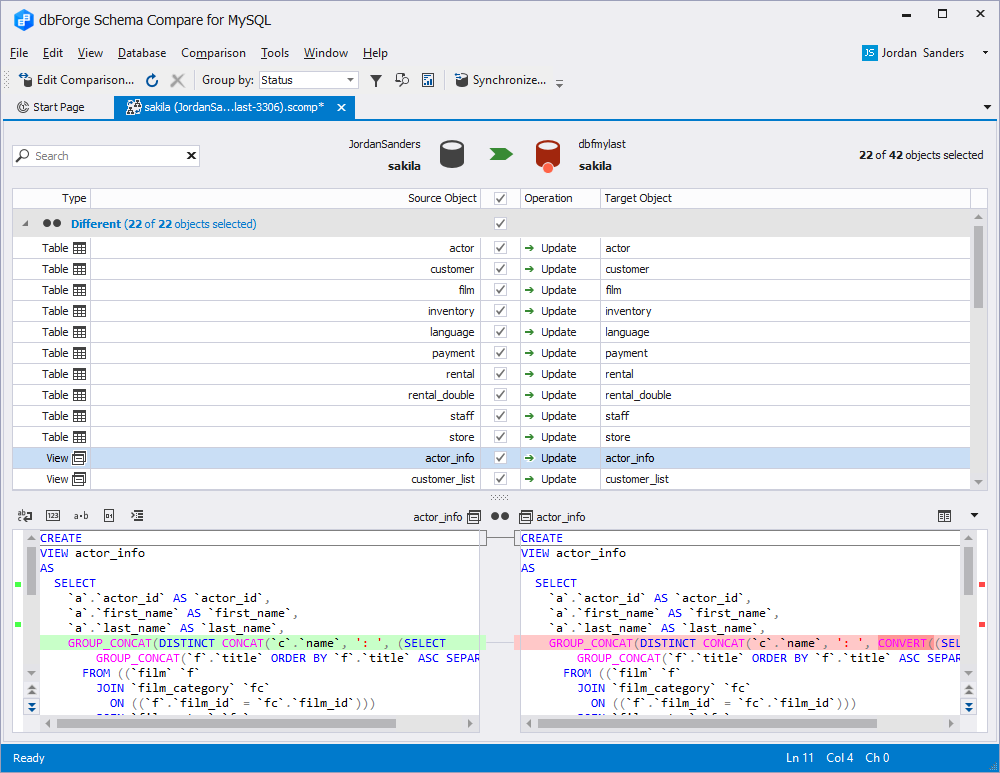 dbForge Schema Compare for MySQL automatically sets different statuses for compared objects to help you quickly analyze the differences. Compared objects can have the following statuses:

For each compared object Schema Compare for MySQL automatically sets the operation in the Operation field to apply after synchronization. Based on your needs, you can change it and select the required one from the drop-down list in the field. The following operations are available:

If you don’t want to synchronize some objects, clear check boxes for them in the grid.

To exclude several objects from synchronization or include them, highlight these objects in the grid and select the Exclude Selection or Include Selection options from the right-click the menu or press the Space key to include/exclude selected objects.